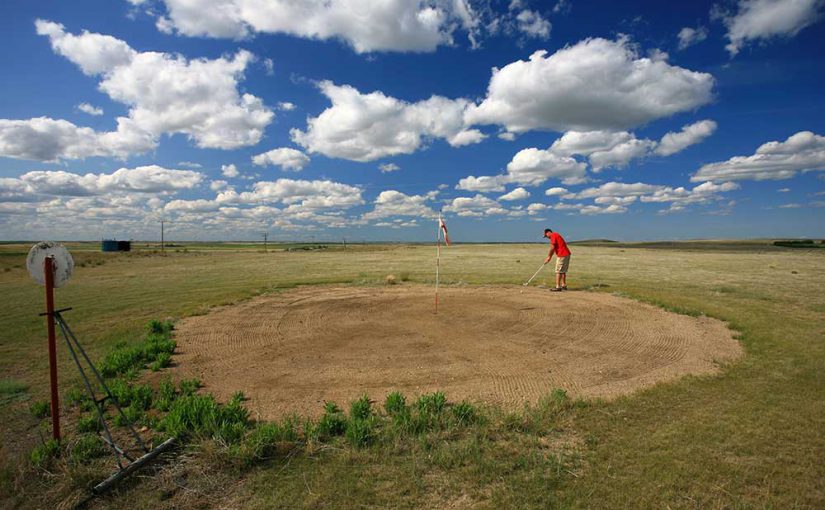 Growing up in a small town in western Kansas gave me a perspective that you can’t get unless you’ve lived there.

As an adult, I’m occasionally asked where I’m from. That usually leads to the question of “what was it like growing up in such a small town?” I always answer with “I loved every minute of it, and I was never bored until I moved to a larger city.”

I still reflect on a few things that seemed ordinary to me as a kid.

Things were really different when I was younger. Some of those differences are unbelievable.

For example, dialing only four digits on our rotary phone to reach my friends. I didn’t like it when they had zeros in their number because that was a lot more work. And no, this picture of a rotary phone wasn’t my actual phone. I am much younger than that…

I played 8-man football instead of 11. And had the freedom as a six-year-old to ride my bike anywhere in town, and I learned to play golf on sand greens.

Playing on sand greens usually requires the most explanation.

Most people look at me like I’m making up some bizarre story and have never heard of a golf course that has sand greens. The comparison of 8-man football vs. 11-man football is very close to how I’d compare sand greens to grass greens.

I loved playing 8-man football because it was a faster game and all the rules were similar, but it was also very different. Playing sand greens was also a faster game because I could play a round in about 2 hours vs. the four to six hours it takes today. Most of the time, we didn’t even take the time to putt and just added 2 strokes to our score after we reached the green.

When you have sand greens, you have to smooth the sand with the backside of a rake to create a “puttable” surface.

The simplicity of getting out to play was the best part.

It was common for my dad to meet me at the back door after school, asking if I wanted to go play a few holes. Other times, it was five or six of my friends just meeting there after school. It was easy. We would put our $2 into the tackle box and play. (Green fees at sand green courses are usually on the honor system. A tackle box with a slot is placed near the first hole.)

It didn’t require a tee time or checking into a pro shop. There was no dress code, and there were no carts that could be rented. Walking was the only option, so we walked, talked, and just loved hanging out together and playing golf.

There was something so uncomplicated about playing on those sand greens that makes me really miss them today.

I often blame my putting “skills” on learning to putt on sand greens. But the truth is… without those sand greens I wouldn’t have learned an important part of golf is about spending time with people I care about.

Like I said at the beginning, I loved every minute of growing up in a small town. And those sand greens were a big part of that.


Seeing is believing – let us show you why our customers love our software and services. We know you're busy, so we'll work with you to schedule a date and time that works best for you.